A tale of two rivers: Dam-induced hydrologic drought on the lower Dolores River and its impact on tamarisk establishment

The effects of river regulation on the flow patterns of rivers in western North America often mimic the impacts of naturally occurring episodic drought. On the Dolores River in southwestern Colorado, two distinct periods of flow modification have occurred, with very different drought-like consequences for downstream habitat. The first period of major irrigation diversions (1889–1984) led to extreme low flows during the summer months with little change to spring peak flows. The second period after dam construction (1984 to present) caused a decline in peak flows but an increase in summer minimum flows. We studied the role of these different flow regimes in promoting the recruitment of non-native tamarisk, since understanding historic patterns of recruitment may inform current and future flow management. We used dendrochronology to determine tamarisk establishment dates and tested the connection between establishment years and a suite of hydroclimatic variables. Tamarisk recruitment occurred between 1952 and 2002, with 92% of trees establishing during the first flow diversion period. The strongest hydroclimate predictor was low minimum flow for a given year, especially when coupled with higher peak flows in the year of, or before, establishment. Almost no tamarisk recruitment has occurred in the second, dam-controlled period, where lowered peak flows and elevated minimum flows prevail. In spite of the drought tolerance of tamarisk, drought-like conditions below this dam did not promote its invasion. Instead, the combination of lowered peaks but increased summer baseflows post-dam has driven channel narrowing and vegetation encroachment by native willows. What current and future meteorologic drought conditions, coupled with dam-controlled flows, will bring to the channel and adjacent riparian vegetation is uncertain, but this work may help to forecast the impacts of future river flows on riparian vegetation community evolution. 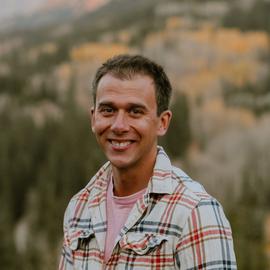 I study how rivers work, how we affect them, and the ways that we can restore their physical and ecological processes.